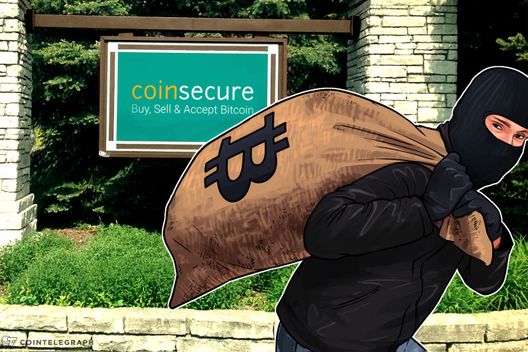 Indian Bitcoin exchange Coinsecure has seen the disappearance of around 438 BTC from their BTC wallet, claims insider job

Indian Bitcoin (BTC) exchange Coinsecure has reported that around 438 BTC (around $3.5 mln at press time) have been taken from the company’s Bitcoin wallet allegedly due to misconduct by an employee, according to an April 12 press release.

Coinsecure’s press release describes how the company’s CSO, Dr. Amitabh Saxena, claimed that the funds were lost during his extraction of private keys while extracting Bitcoin Gold (BTG). However, Coinsecure adds that they have filed a FIR (formal complaint) with the Cyber Crime Cell of the Delhi police and asked for Saxena’s passport to be seized, as they feel that his explanation of the funds loss “does not seem convincing”:

“As the private keys are kept with Dr. Amitabh Saxena, we feel that he is making a false story to divert our attention and he might have a role to play in this entire incident.”

Coinsecure has promised its users that they will be refunded for any money lost, regardless of whether the lost funds are recovered. The press release adds that the exchange had been on the “cusp of moving into a multi-coin architecture before this incident.”

As the Reserve Bank of India announced last week that they will no longer deal with crypto-related accounts, Karnika Seth, the head of corporate and cyber law practices at Delhi-located Seth Associates told Bloomberg that the “whole locus of Coinsecure can be affected in this case. Their own bonafides will need to be scrutinized.”

Last week, another story broke in India regarding a cryptocurrency scam, when the two Bhardwaj brothers were arrested for allegedly defrauding customers of around $300 mln from their reportedly Ponzi-like crypto-related schemes.