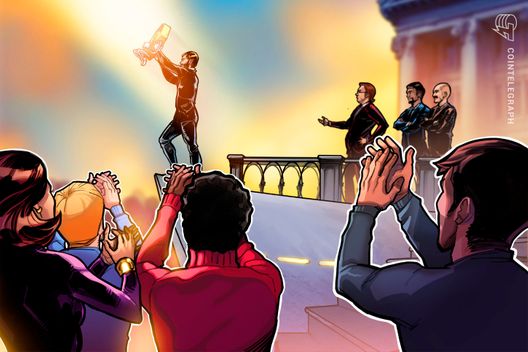 Iranian authorities are taking fresh steps towards creating a national cryptocurrency in the face of U.S. sanctions returning.

Iran has confirmed it will press ahead with creating its own state-issued cryptocurrency to circumvent incoming U.S.. sanctions, local media Press TV reported July 25.

Quoted by local news media outlet ISNA and translated by PressTV, Alireza Daliri, deputy for management and investment at the Directorate for Scientific and Technological Affairs, said plans for the creation of a working digital currency were already on its agenda.

“We are trying to prepare the grounds to use a domestic digital currency in the country,” Daliri told ISNA, continuing:

“This currency would facilitate the transfer of money (to and from) anywhere in the world. Besides, it can help us at the time of sanctions.”

Technical details about the national cryptocurrency remain unknown, while a national encrypted key for the domestic banking system could see an introduction likely within the next three months following “ironing out” of inconsistencies.

Talk of Iran releasing a national cryptocurrency had surfaced months previously as the looming return of U.S. sanctions led to increasing calls for preemptive measures.

The country’s authorities had previously come out against public cryptocurrencies such as Bitcoin (BTC), in April banning banks from dealing with them altogether.

Like Venezuela’s state-sponsored token Petro, Iran now appears to be looking to blockchain technology to circumvent challenges, including a complete ban on acquiring U.S. dollars from August.