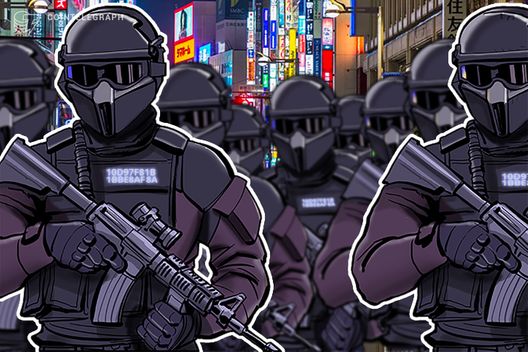 The Metropolitan Police Dpt. in Tokyo has gathered 500 agents to join forces in the fight against cybercrime, with a new building opened in Tokyo.

The Japanese Metropolitan Police Department has opened a new “Cyber” building and gathered 500 of its agents into a law enforcement unit dedicated to tackling cybercrime, Reuters reported April 2.

The “Cyber” building will have six departments and strengthen cooperation between hitherto dispersed authorities.

The move comes in the wake of January’s $532 mln hack of Japanese exchange Coincheck, dubbed the biggest crypto theft in history. Beyond this single event, statistics released by Japan’s National Police Agency (NPA) revealed that over $6.2 mln (¥662.4 mln) in cryptocurrency was defrauded or stolen in 2017.

With the NEM Foundation’s tracking of the missing NEM (XEM) from Coincheck, Japanese police were able to identify and question an individual in Tokyo in possession of Coincheck spoils in February.

By mid-March, forty percent of the stolen funds were said to have already been laundered, with stolen NEM (XEM) surfacing on exchanges in Japan and Canada. Tracking was subsequently called to a halt.

Japanese police received 69,977 reports of cybercrime between January and June of 2017. The NPA found 200, 000 fake shopping sites in a cybersecurity survey December 2017. The websites were said to be written in “unnatural” Japanese.

In 2017 the average Japanese company spent $10.45 mln to combat cybercrime. Japan saw a 52% increase in average organizational costs incurred by data breaches, according to a global IBM 2017 report.

Despite Coincheck and the notorious collapse of Tokyo-based Mt. Gox, about half the world’s Bitcoin trading is estimated to be in yen. Japanese Bitcoin owners number between 2-3 mln, with 16 crypto exchanges registered under new licenses issued by the country’s Financial Services Authority (FSA).