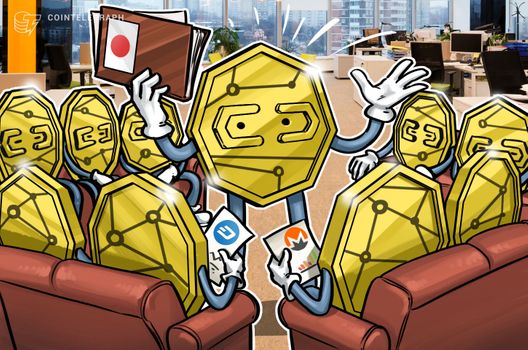 Relating the outcome of a working group meeting of industry “experts” and the country’s regulator the Financial Services Authority (FSA), the publication quotes one member of the group raising the idea of preventative measures regarding the altcoins, which are known for their focus on privacy and user anonymity.

“It should be seriously discussed as to whether any registered cryptocurrency exchange should be allowed to use such currencies,” the unnamed member said, according to Forbes.

In light of Japanese exchange Coincheck’s $530 mln hack in January of this year, the FSA has scrambled to ensure a repeat performance does not befall Japan’s crypto sector.

In mid-March of this year, Coincheck dropped Monero, Dash and ZCash trading in March, while the FSA issued penalties to other exchanges which have failed to comply with requirements as part of the country’s exchange licensing scheme.

While official plans for the coins have not surfaced from the FSA, exchanges looking to stay on the right side of the regulators should soon receive sanctioned assistance from Japan’s new self-regulatory body which came into being last week.

The Nihon Kasotsuka Kokangyo Kyokai (Japan Cryptocurrency Exchange Association) will aim to bring about best practices in the sector, Cointelegraph reported April 26, while chairman Taizen Okuyama previously expressed a wish to “create a situation where he can give advice to” unlicensed platforms.