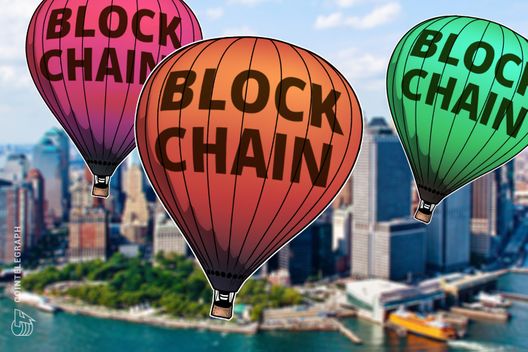 JP Morgan Chase & Co has filed a patent for a P2P network that would use a blockchain to process payments between banks in real-time.

JP Morgan Chase & Co. has outlined a peer-to-peer payments network in a patent application filed with the U.S. Patent and Trademark Office (USPTO) yesterday, May 3. The network would use distributed ledger technology (DLT), such as blockchain, for intra- and inter-bank settlements.

The application describes the drawbacks of the conventional bank settlement system currently in place for cross-border payment processing:

“A number of messages must be sent between the banks and clearing houses involved in processing the transaction… and clearing intermediaries in the payment flow […] [this may be] expensive […] [and] real-time settlement of payments is not possible […] transactions may be risky as there are counterparty and settlement risks associated with [the] correspondent banking network.”

In its place, JP Morgan’s patent application proposes using a distributed ledger such as a blockchain to process payments in real-time, without having to rely on a trusted third party to hold the true “golden copy” of the audit trail.

The patent proposes different embodiments of such a system, which would all include a payment originator bank, a payment beneficiary bank, a peer-to-peer payment network in which both banks would participate, and a distributed ledger.

The use of a blockchain would be able to confirm that a network payment has been successful “in one consolidated posting across multiple financial institution entities and branches, instead of in many separate instances.”

Distributed ledger technologies have the potential to rehaul payment, clearing and settlement systems for banks internally and across borders. In March this year, the financial messaging provider SWIFT collaborated with 34 global transaction banks in testing a DLT proof of concept (PoC) to help with Nostro account reconciliation.