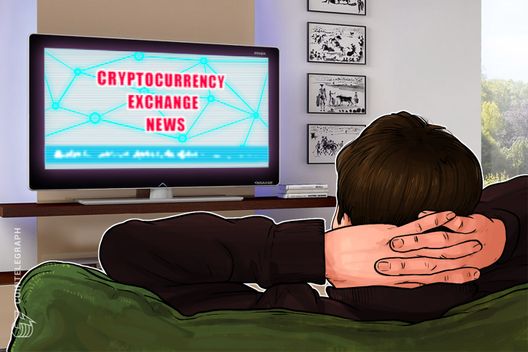 Li Shufei, also known as Chris Lee, left his roles as CEO of OKEx and CFO of parent operator OkCoin on May 14, reportedly to “start a new life.” Lee is now joining Huobi as Board Secretary and VP of International Business Development, effective May 18.

Among many tasks, Lee will support Huobi’s global business development (including Japan, Korea, the Middle East and APAC), as well as Huobi’s management and financing strategies, according to CT Japan. In correspondence with CT, Huobi CEO Leon Li said that Lee’s OKEx resignation and move to Huobi were agreed at the same time.

OKEx has recently outstripped rival crypto exchanges Binance and Huobi to become the world’s largest crypto exchange by trading volume, with a 24-hour volume of $1.7 bln to press time. Huobi is currently in third place, seeing trade volumes of about $1.1 bln over the same period.

OKEx’s new surge to the top last week drew some skepticism from crypto commentators, in light of the fact that OkCoin was embroiled in a scandal over allegedly faking its trading volumes back in 2015.

The world’s two top crypto exchanges are Hong Kong-born, but have both opted for multi-country presences. In March, Binance relocated its headquarters to the so-called ‘Blockchain Island’ of Malta, with its robust and transparent crypto regulatory climate, and OKEx followed suit last month.

Huboi, headquartered in Singapore, has recently launched a South Korean subsidiary, as well as revealing plans to open an office in London. Huboi CEO Leon Li told CT Japan that the exchange employed just 10 people at the time of its launch in 2013, with its workforce now at almost 1000.