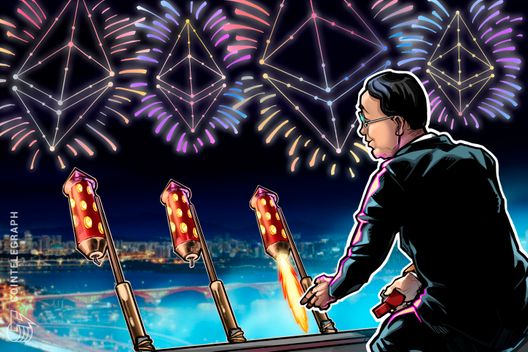 Korean developer Ryu Gi-hyeok has uploaded the contents of the Panmunjom Declaration onto the blockchain.

A South Korean developer made history April 27 when he decided to record details of a North and South Korea peace treaty on the Ethereum blockchain.

The immutable and public nature of Ethereum’s blockchain means that both texts will remain permanently accessible by anyone.

Among the contents of the highly significant peace treaty is a promise that “South and North Korea will make joint efforts to alleviate the acute military tension and practically eliminate the danger of war on the Korean Peninsula.”

65 years after the original yet ostensibly hollow armistice in 1953, at which point the Korean peninsula became two separate states, many view the move as an internationally-sponsored step to reset the status quo.

Another section of the treaty, as it appears on Ethereum, reads:

“During this year that marks the 65th anniversary of the Armistice, South and North Korea agreed to actively pursue trilateral meetings involving the two Koreas and the United States, or quadrilateral meetings involving the two Koreas, the United States and China with a view to declaring an end to the war and establishing a permanent and solid peace regime.”

This is not the first time the blockchain has been used to circumvent potential political censorship. In China, student activists protesting as part of the MeToo movement turned to the technology last month to share information authorities were demanding they did not.