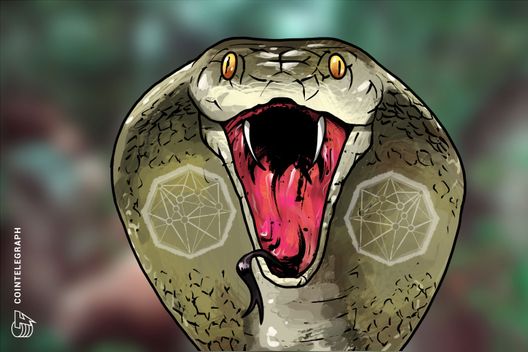 CEO of Mastercard, Ajaypal Banga compares anonymous cryptocurrencies to “snakes,” says they don’t “deserve” to be considered a medium of exchange.

Ajaypal Banga, the CEO of Mastercard, blasted cryptocurrencies during the “New India Lecture” at the Indian Consulate earlier this week, The Times of India reports Thursday, July 26. Banga described anonymous, non-state-issued cryptocurrencies as “junk,” because their prices can fluctuate “wildly” and thus they do not “deserve” to be considered a medium of exchange.

Speaking at a series of lectures hosted by the Indian Consulate in partnership with the U.S.-India Strategic Partnership Forum (USISPF), the India-born CEO and president of the multinational financial services giant Mastercard reportedly said the following:

“I think cryptocurrency is junk….The idea of an anonymized currency produced by people who have to mine it, the value of which can fluctuate wildly –– that to me is not the way that any medium of exchange deserves to be considered as a medium of exchange.”

This isn’t the first time that Ajaypal Banga refers to cryptocurrencies as “junk,” as he had already made the same evaluation in October of last year, lashing out at all digital currencies that are not “government mandated.”

Continuing on the topic of anonymity, Banga referred to the recent indictment by the U.S. Department of Justice (DoJ) of 12 Russian officials for allegedly using cryptocurrencies like Bitcoin (BTC) to fund “interference” in the country’s 2016 presidential elections. According to Mastercard’s CEO, the Russian intelligence officers chose Bitcoin because of the anonymity it offers:

“Why civil society would like to put a snake in its backyard and think that somehow the snake will only bite my neighbor, I don’t get it.”

According to The Times of India, Banga also appeared concerned by the statistic that 95 percent of all illegal transactions on the dark web marketplaces are conducted with the use of cryptocurrency.

While potentially as much as 44 percent of all Bitcoin transactions are associated with illegal activity, the “vast majority” of illicit purchases are still made with the more traditional tools, such as cash, according to a Cointelegraph report from March this year.

Despite Mastercard CEO’s negative stance on cryptocurrencies, the company appears interested in their underlying blockchain technology, having filed a number of patents in the past year that make use of the tech for payments.

In May of this year, Mastercard reported a drop in its quarterly growth due to a decline in the number of people who use its cards to purchase cryptocurrencies.