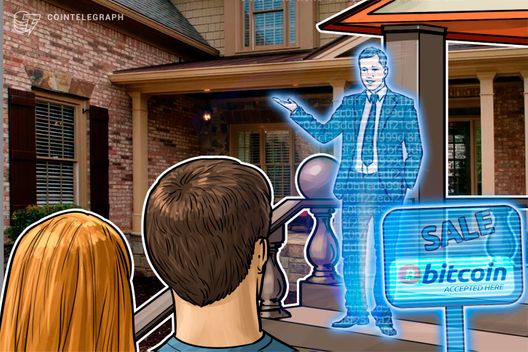 A six-story townhouse on New York’s Upper East Side is listed for sale for either almost $30 mln in fiat or $45 mln in cryptocurrency, the Wall Street Journal (WSJ) reports today, April 11.

Blockchain seed and angel investor Claudio Guazzoni de Zanett has said that he will accept Bitcoin (BTC), Ethereum (ETH), or Ripple (XRP) for the property, noting the reason for the higher price in crypto – $45 mln vs. $29.95 mln – is due to the crypto market’s volatility:

“I’m a true believer in these networks, but it’s very volatile. They could be down 60% in two weeks.”

Zannet founded hedge fund Zanett Asset Management in 1992 and in 2015 founded Lyster-Zanett, which his LinkedIn describes as a “multi-manager Master/Feeder Hedge Fund focusing on US small/mid-cap equity markets + Cryptocurrency and BlockChain investments.”

The townhouse currently listed had made the news last March when Zanett and his wife were fined $8,000 for listing rooms online as rental units for short-term stays of less than 30 days, which is illegal in New York.

Cities across the world are beginning to have properties listed in cryptocurrencies, as Bitcoin arguably brings a certain hype to a real estate deal. Cointelegraph reported on five cities where you could use crypto to buy real estate last fall, including Miami, Dubai, New York, Lake Tahoe, and Bali.

Bitcoin-only property deals have also come up, including a UNESCO World Heritage site reported to be on sale in Ibiza last November for 1,850 BTC, and a Caribbean island was listed last December for 570 BTC.