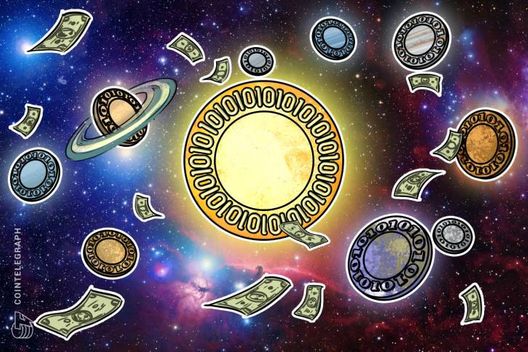 Nobel Prize-winning economist Robert Shiller says that cryptocurrency is ‘nothing new,’ and is the contemporary iteration of an old idea.

In a May 21 article entitled “The Old Allure of New Money,” the 2013 Nobel laureate of Economics Robert Shiller calls crypto the newest iteration of alternative currency ideas.

Shiller outlines the various types of alternative currency that have existed throughout history, saying that, “New ideas for money seem to go with the territory of revolution, accompanied by a compelling, easily understood narrative.” Shiller first refers to Josiah Warner’s “labor notes” of the Cincinnati Time Store in 1827, that sold merchandise in units of hours of work.The currency did not last long, as the store closed in 1830.

The Yale economist also mentions Karl Marx and Friedrich Engels, who proposed that the communist condition under which private property was eliminated, would necessarily result in the “Communistic abolition of buying and selling.”

Getting closer to the modern day, Shiller references the Great Depression movement called “Technocracy,” which proposed to replace the then gold-backed US dollar with a measure of energy. Their book “The ABC of Technocracy” proposed the idea of founding an economy on the basis of energy.

Reaching the contemporary period, Shiller writes that crypto, like its predecessors, is coupled with “a deep yearning for some kind of revolution in society.” He also states that the public’s general lack of understanding of how cryptocurrencies function creates an allure:

“Practically no one, outside of computer science departments, can explain how cryptocurrencies work, and that mystery creates an aura of exclusivity, gives the new money glamor, and fills devotees with revolutionary zeal.”

Shiller recognizes that the decentralized nature of cryptocurrencies is a primary draw for those who see governments as “the drivers of a long train of inequality and war.” He concludes, however, in saying that “None of this is new, and, as with past monetary innovations, a compelling story may not be enough.”

Robert Shiller, Eugene Fama, and Lars Peter Hansen were awarded the Nobel Prize in Economics in 2013 for “their empirical analysis of asset prices.” Shiller developed the Case-Shiller index with his colleague Karl Case, that is now used by Standard and Poor’s Financial Services.

In recent weeks, cryptocurrencies have been publicly criticized by giants in the tech and finance worlds such as Bill Gates and Warren Buffet. Berkshire Hathaway Vice Chairman Charlie Munger compared trading and dealing in crypto to “freshly harvested baby brains.”

In an expert take with Cointelegraph, international business lawyer Andrea Bianconi said that such pessimistic and hyperbolic criticism should be dismissed. Expecting Wall Street to understand and embrace crypto, would be like “asking a rugby player to dance the ballet’s classic ‘pas des deux.’”