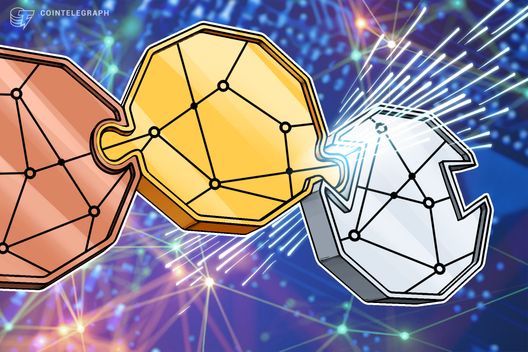 Many tokens are identical and shared with ease, but there’s a special class of one-of-a-kind tokens gaining popularity. Learn more about the non-fungible future.

What does non-fungible mean?

To fully appreciate what makes these tokens special, it’s worth taking a look at the difference between “fungible” and “non-fungible.”

When something is fungible, in this case a token, it means it can be easily replaced by something identical – and it is interchangeable with ease.

Real world examples of something fungible could include grains of rice, or the $1 bank note in your pocket. If you were to lend that $1 to someone, it wouldn’t matter if they didn’t return the exact same one.

This all changes when something is non-fungible. Although two items may look to be identical at a glance, each will have unique information or attributes that make them irreplaceable or impossible to swap.

One physical example of a non-fungible asset could be a plane ticket. Sure, they look the same as other tickets, but each one has different passenger names, destinations, departure times and seat numbers. Exchanging yours with someone could have serious consequences – not only could you end up thousands of miles away from where you wanted to be, airport security might not be too impressed either.

Why are non-fungible tokens different from other tokens?

Because they can offer unique characteristics which make them different and digitally scarce.

Many tokens – and indeed cryptocurrencies – are fungible. If you send someone a Bitcoin, and get one back, you wouldn’t notice any difference.

A lot of the time, fungible tokens are built using a standard called ERC-20. For the sake of simplicity, let’s imagine each of these tokens is a $10 bill. If you sent a token to someone, and got another one back a week later, they would be identical. (That said, there might be some fluctuation in price.)

This all changes with non-fungible tokens, many of which are ERC-721 compliant. These can be compared to baseball cards, as each has unique information and varying levels of rarity. If you were to accidentally send one of these tokens to someone, and get a different ERC-721 token back, you might be very upset.

There’s one more crucial difference you need to bear in mind. Fungible tokens are divisible – meaning you can send a fraction of one ERC-20 token. (Like cash, where you can pay with a $10 bill and get change.) On the other hand, non-fungible ERC-721 tokens cannot be divided and must be bought or sold whole. (Like baseball cards, where no one in their right mind would want to buy half.)

What can non-fungible tokens be used for?

Collectibles are a common use for non-fungible tokens.

One early pioneer of non-fungible tokens was CryptoKitties, a blockchain-driven platform where players have the chance to collect and breed digital cats.

If you’ve ever owned a cat, you’ll know that they are not easy to replace, as their appearance and personality make them unique. In this case, CryptoKitties replicated this concept in the crypto world – with each cat’s digital genetic material being stored on the blockchain. They can be bought and sold using Ethereum, and some are rarer than others. Indeed, as reported by Cointelegraph, sales hit $12 million last year – with the most expensive CryptoKitty reportedly going for $120,000.

Other games have promptly followed, such as fantasy titles where fighters are collected for battles. And in another apt development (almost like we planned it,) Major League Baseball in the US is planning to launch a game where baseball cards can be exchanged on blockchain.

What are their advantages and disadvantages?

Although the non-fungible ERC-721 token has offered improvements on ERC-20, there are a few setbacks.

As we recently explained in an article looking at alternatives to ERC-20, advocates of this token protocol believe it could become “the ultimate vehicle for putting every significant asset on a public or hybrid blockchain with 100 percent immutability and security.”

Non-fungible tokens allow you to detail more of the attributes that make them special – far beyond the name, balance, token supply and symbol. This is because you can include rich metadata about an asset and include information about ownership – and these authenticated details can ultimately add value because investors can be confident about its provenance.

That said, there are downsides. Non-fungible tokens have not been embraced as speedily as some advocates hoped, in part because the ERC-721 protocol is so new. It can also be tricky and time consuming to develop decentralized applications for non-fungible tokens properly.

So why not carry on using real world solutions?

The world is moving on from paper – and supporters believe there are many use cases for non-fungible tokens beyond collectibles.

For example, it could become a secure and immutable way of storing birth certificates, academic credentials, warranties and identities – even artwork and property ownership.

These real world assets can then be properly digitized and stored in a wallet, keeping them safe and ensuring that they cannot be altered or counterfeited by a third party.

But how are non-fungible tokens created?

There are concerns that the use of non-fungible tokens could end up becoming fragmented, with different standards and varying degrees of certification.

At the moment, as we mentioned a little earlier, it can be an expensive and complicated thing to achieve. It can sometimes take months to develop a DApp, and in the fast-moving blockchain world, that could cost an entrepreneur their competitive advantage.

Instead of every outlet interested in non-fungible tokens creating their own framework (which would result in a breeding ground for inconsistency,) some platforms are trying to create a technological layer which unifies and standardizes these tokens.

One of them is 0xcert, which offers a “plug and play” framework which means that a non-fungible token can be developed and verified quicker – and the platform claims it is achievable in days. The company says it eliminates the need for in-depth blockchain knowledge, while stopping precious data from being siloed and preventing developers from having a lengthy, expensive and insecure process.