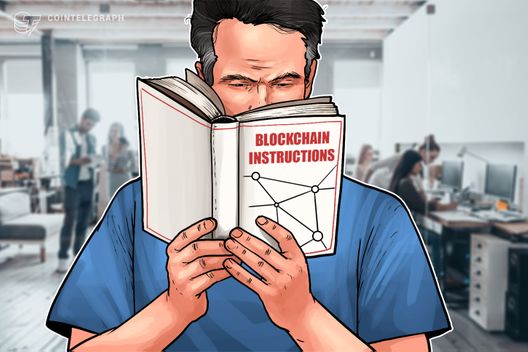 The Computing Technology Industry Association (CompTIA) has published a guidebook on blockchain technology, aimed at the public sector workers. The report, titled “Harnessing the blockchain revolution,” was released Tuesday, July 24.

One of IT industry’s top trade associations, CompTIA has published a guidebook tittled “Harnessing the Blockchain Revolution: CompTIA’s Practical Guide for the Public Sector.” The report includes recommendations for federal and state governments on how “to help manage risk, drive economic development and develop a strong regulatory regime,” using blockchain tech.

“Blockchain technology is perhaps the most talked about and yet the most misunderstood emerging technology in the world today”, CompTIA claims. It further comments:

“State and local governments also have begun to employ blockchain, for example, in land title and health provider registries. In the private sector, meanwhile, companies have announced major investments in blockchain, such as Walmart and IBM partnering on a pilot project to secure the food supply chain.”

The Association is also hosting an event July 24 with Arizona Congressman David Schweikert, focused on the technological innovations for businesses enabled by blockchain tech. “The ever expanding reach of blockchain is helping redefine how America and the world does business”, the announcement says.

Meanwhile, the U.S. Congress has recently discussed the possibility of issuing a U.S. central bank digital currency (CBDC) and the use of blockchain technology in the country’s government, maintaining a highly negative outlook throughout the session.