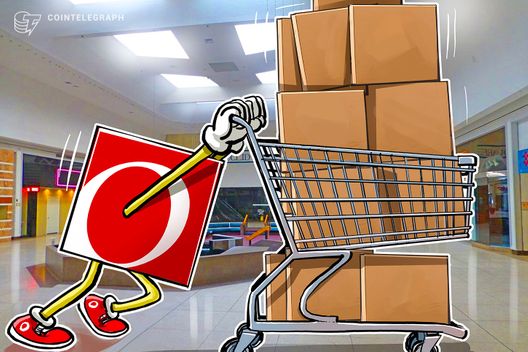 The two companies signed a deal wherein GSR Capital will invest up to $374.55 million in exchange for tZERO and Overstock shares. GSR will buy $30 million worth of tZERO tokens from the e-commerce retail giant and will аlso invest up to $270 million in the company at a valuation of $1.5 billion, giving the investment firm an 18 percent stake in tZERO. The stock jumped 4.47 percent during trading hours and closed at $38.60 per share. tZERO CEO Saum Noursalehi said in a statement:

“We are honored to have GSR Capital as a strategic investor. The tokenization of securities has the potential to disrupt global capital markets responsible for moving hundreds of trillions of dollars. Together with our partners, we will globalize our blockchain-based platform, bringing more efficiency, liquidity, and trust to capital markets.”

In June, tZERO signed a letter of intent with GSR Capital for the purchase of $160 million in tZERO security tokens at a price of $10.00 per token. tZERO also “entered into executed SAFEs [Simple Agreements for Future Equity] in excess of $168 million for Security Tokens, of which over $95 million has been already funded.”

On August 6, tZERO announced the closing of its Security Token Offering (STO) at 11:59 PM EDT that day. tZERO originally limited the maximum amount of tokens to $250 million. The company initially introduced the STO in the form of an Initial Coin Offering in December last year, which attracted strong crypto and institutional interest that reportedly resulted in $100 million committed to the platform during the first 12 hours.