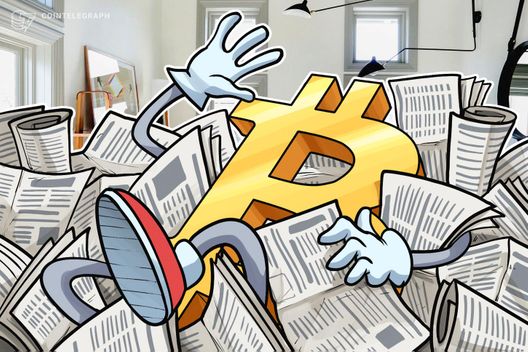 Crypto hedge fund Pantera Capital’s CEO claims that investors should not overreact to the recent SEC decision to delay a Bitcoin ETF application.

Speaking in an interview on CNBC’s “Fast Money,” Morehead suggested that investors have exaggerated the importance of the U.S. Securities and Exchange Commission (SEC) recent delay on their decision regarding a Bitcoin (BTC) Exchange-Traded Fund (ETF).

As per Morehead, crypto investors should instead focus on more bullish events in the market, such as the announcement of upcoming cryptocurrency project Bakkt by the Intercontinental Exchange (ICE). The ICE, which operates 23 large global exchanges including New York Stock Exchange (NYSE), is set to launch a global ecosystem for digital assets alongside Microsoft and Starbucks.

Morehead stressed that Bakkt is “huge news,” arguing that the upcoming project will have a “very profound impact over the next five or 10 years for the markets.”

As for the recent ETF postponement, Morehead predicted that a Bitcoin ETF approval will take “quite a long time,” pointing at the nascent stage of crypto adoption. As an example, the hedge fund manager cited the fact that the most recent asset that gained approval from the SEC for ETF certification was copper, a metal that “has been on earth for 10,000 years,” commenting:

“The main thing to remember is that bitcoin is very early-stage venture, but has real-time price feed — and that’s a unique thing. People get excited about the price and overreact.”

Morehead also mentioned that while the major cryptocurrency has experienced a negative price trend recently, it is still up around 82 percent year over year, noting that “it’s all perspective.”

On August 8, the U.S. federal securities regulator postponed its decision on the listing and trading of a Bitcoin ETF application from investment firm VanEck and financial services company SolidX to the end of September. The price of Bitcoin dropped on the news, dipping to as low as $6,211 after touching intraweek high of $7,560, according to Cointelegraph’s Bitcoin price index.

Today the crypto markets have bounced back, seeing gains between 1 and 9 percent in across the top twenty coins. Bitcoin is trading just above $6,500 at press time.