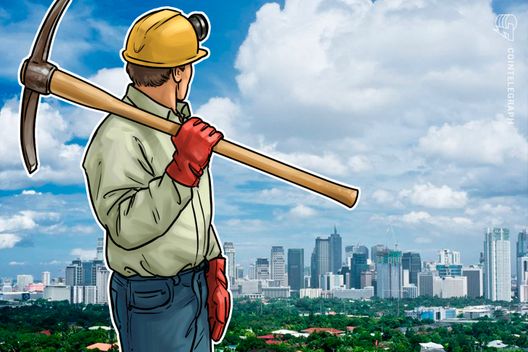 The Philippines’ SEC issues an advisory on Crypto Cloud Mining Contracts that applies the Howey Test to define them as securities.

The Philippines Securities and Exchange Commission (SEC) issued an advisory on Cryptocurrency Cloud Mining Contracts that applies the Howey Test to classify these contracts as securities, the SEC outlined April 10.

Cloud Mining contracts fall within the purview of securities law because they are “investment contracts,” whereby investors stake the mining capacity of a remote datacenter through the contract, which can itself then further be traded.

Applying the 71-year old Howey Test, this qualifies as an investment in a “common enterprise,” in which investors are led to “expect profits” that are “generated from the efforts of others.”

The Philippines’ SEC advisory requires all brokers, dealers, salesmen or recruiters involved in “enticing the public” to invest in these contracts to obtain registration or seek an appropriate license. Failure to do so will henceforth be regarded as an “unregistered issuance of securities” liable to criminal prosecution, with a maximum penalty of 21 years’ imprisonment.

BSP deputy director Melchor Plabasan clarified the twofold approach the country’s financial regulators are taking towards cryptocurrencies and related assets, seeing them as both monetary and investment instruments.

In March 2018, a Philippine senator filed a bill to impose stricter penalties for crypto-related crimes, citing corruption, money laundering, and the financing of terrorism as her main concerns.