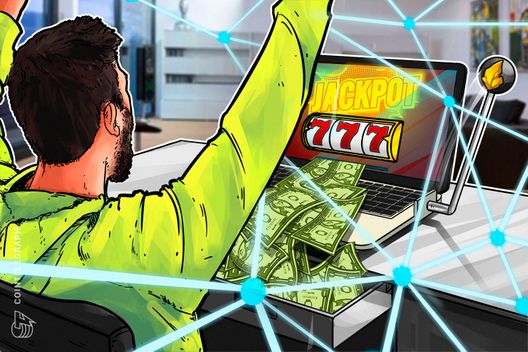 A start-up iGaming company is using blockchain to create a lottery, scratchers, slots and other games which deliver “provably fair” results.

A start-up company claims it can reduce public distrust in iGaming services through a blockchain system that generates “valid randomness” in games and makes them “provably fair.”

Luckchemy, which is registered in Gibraltar, says its initial product is a daily lottery which uses a delegated Ethereum blockhash and a server seed to ensure the final result cannot be altered. Players can select five numbers from 1 to 47 and one number from 1 to 24, with a variety of prizes available depending on how many numbers are matched. Prize funds offered through Luckchemy and ticket purchases will be in Ethereum and a newly created cryptocurrency called LUK.

According to the company’s white paper, the unique selling point of its lottery game is how 99 percent of the revenue generated through tickets is paid out again in prize money. The remaining 1 percent is split in half. While 0.5 percent is set aside for marketing and operations, the remaining 0.5 percent would be used for a monthly token holders’ draw. Here, users would automatically be given a free entry for every LUK token they have in their account – meaning the greater their balance, the higher their chances of winning are.

At the end of April, Luckchemy launched a second game with scratch cards. The new game gives players the chance to get real tokens. For each winning virtual token in scratchers, users get a LUK-token after the ICO ends. Then they can either use it to play on the platform or to exchange for ETH.

According to Luckchemy, distrust in the algorithms used by iGaming software – along with the legal and technical difficulties that come when claiming winnings – deter consumers. Research suggests that lotteries account for 31 percent of activity in the offline world, but online, this figure tumbles down to 13 percent.

Adam Krejcik, an adviser to Luckchemy, told Cointelegraph: “Operators need to quickly establish trust with online consumers while offering a stable, entertaining and engaging product, and customers need fast, secure payment solutions that never place them at risk of losing their money.

“The solution to this is transparency from the operators and modern flexible technology platforms that give customers more control of their funds and confidence in their gambling.”

As part of Luckchemy’s business model, indie developers would be given an opportunity to place their games on its platform. Through a “White Label” scheme, the company says famous brands would also have the chance to use Luckchemy games under their brands – helping the start-up develop a “strong and wide network” worldwide.

In April, a three-day audit of Luckchemy’s smart contracts was carried out by New Alchemy, which was focused on identifying security flaws and discovering any problems that could affect their trustworthiness. The review did not uncover any issues of critical severity, but “various changes” were made to smart contracts based on New Alchemy’s findings.

Luckchemy aims to launch one to two games every quarter. In time, it hopes to incorporate online poker, slots, bingo, and other games into its offering.

The company acknowledges that it will face challenges because of the “fragmented regulatory landscape that exists in the Western world.” In the six to 12 months after launch, it will mainly focus on growing its platform in Europe, southeast Asia, Latin America, Japan, Australia, and Turkey.

In addition to the monthly token holders draw, Luckchemy says that users with LUK in their account will be granted special kinds of voting rights in “feedback polls” – enabling them to express a preference for which games should be added moving forward.

A mobile free-to-play app is due to be released in the first quarter of 2019.

The company’s pre-sale is taking place from April 30 until May 21. Luckchemy offers a 40 percent token discount for this stage. According to the company, at the beginning of the next stage, the discount will be reduced by half and the number of promotional tokens will be limited. A full crowdsale is going to begin the following day and will run until July 20.