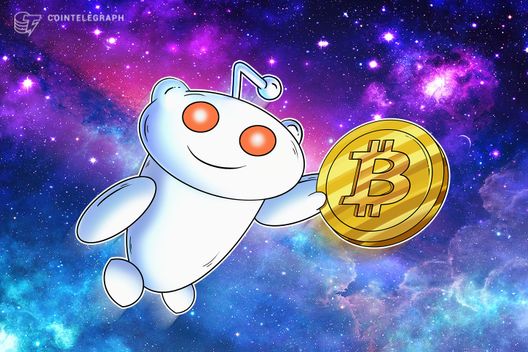 Crypto payments could return to Reddit once API and “high fees” issues are resolved, its CTO has said.

Reddit’s CTO blamed “high fees” for the platform no longer accepting Bitcoin payments in an interview May 2, but hinted they may soon return to the platform.

Speaking in an interview with Cheddar, Christopher Slowe said that developers “didn’t have time” to update the Coinbase API used to accept BTC payments.

Coinbase is in the midst of retiring its Merchant Tools and replacing them with a new operation titled Coinbase Commerce, a move which has sparked mixed reactions throughout the cryptocurrency industry.

“We just didn’t have time to upgrade our current API integration, and once the redesign… is landing, I think we’ll see crypto payments come back.”

.@Reddit, which hosts communities for every single cryptocurrency in the world, is hoping to bring back crypto payments to the platform, this time with Ethereum and Litecoin in addition to Bitcoin, according to CTO @KeyserSosa. pic.twitter.com/wkUniMvhex

Reddit originally halted Bitcoin acceptance at the end of March. At the time, staff pointed to “the upcoming Coinbase change” and “some bugs around the Bitcoin payment option that were affecting purchases” as the company’s motivation.

In a curious addition meanwhile, Slowe said that Bitcoin network fees were another factor.

Despite fees drifting downwards to just one satoshi per byte in recent months, the CTO gave an example of a $10 fee on a $4 transaction as being a “hard proposition to users.”

Should Bitcoin return, however, it will be together with Ethereum and Litecoin payments, Slowe added.