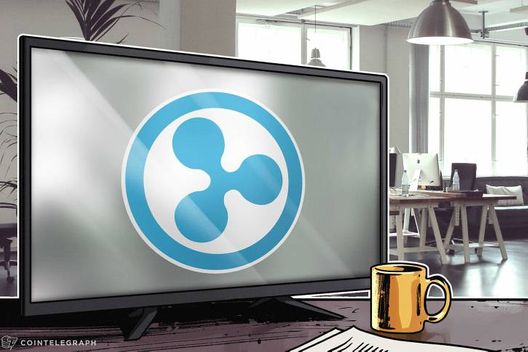 Ripple invests $25 mln of XRP into a Blockchain venture fund to aid the “development of the Blockchain space” and identify new uses for its own products.

The $150 mln fund is managed by Blockchain Capital, the oldest venture capital firm dedicated to Blockchain technology and the digital currency ecosystem, and the first fund to accept capital calls in cryptocurrencies. The new investment will “provide an opportunity to examine new use cases for the XRP Ledger and Interledger Protocol”, support startups, and focus on the “development of the Blockchain space”.

Both the XRP Ledger and Interledger Protocol are open source platforms. The former is an advanced Blockchain-like system which allows users to make transactions in different currencies globally, while the latter is an open protocol for payments across payment networks. Blockchain Capital is looking to employ the XRP in the fields of healthcare or identity management and believes they can benefit from distributed ledger technology.

“As pioneers in the Blockchain sector, we have been on the frontlines and in the trenches with our portfolio companies, like Ripple, building a new crypto ecosystem. There are entire verticals — such as healthcare or identity management — that could benefit from Blockchain or distributed ledger technology,” said Bart Stephens, co-founder and managing partner of Blockchain Capital.

“Whether it’s using XRP, Bitcoin or just the underlying Blockchain technology, our goal is to find the best projects and give them the resources to be successful companies that deliver value to customers for the long term,” he added.

According to Patrick Griffin, SVP of Strategic Growth at Ripple, the company will continue to make contributions to other funds, following their vision to become major players in the industry:

“This is the first fund that we’ve contributed to, and it won’t be the last. We plan to be major players in shaping the future generation of blockchain or crypto companies.”

Ripple will reportedly partner with the banking group Santander to launch an international money transfer app based on Ripple’s Blockchain xCurrent and RippleNet platforms. In January, Ripple announced a partnership with payment service MoneyGram to speed fiat settlements.