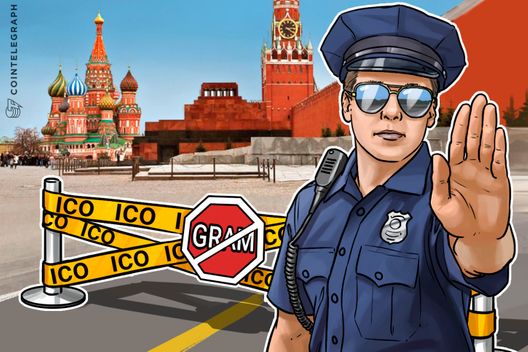 Reports from Russian media reference a letter allegedly written by an FSB employee that cites Telegram’s future cryptocurrency as the real reason for the ban.

Telegram’s two recent Initial Coin Offering (ICO) rounds – which raised a combined $1.7 bln – are the reason behind the ban of the messaging service, as opposed to the version provided by Russian officials, which cites Pavel Durov’s refusal to provide the authorities with a way to decrypt user data, local news outlet RBK reports Friday, April 20.

According to a copy of a letter acquired by RBK, allegedly from employee Roman Antipkin of the Federal Security Service (FSB) 12th center, which supervises the System for Operative Investigative Activities (SORM), the possibility of a “completely uncontrolled financial system” is what reportedly led to the block:

“Colleagues, the story is not at all about this, you don’t understand! The story is not about the [encryption] keys and terrorism […] Pavel Durov has decided to become the new Mavrodi (Russian financial fraudster). Having launched his own crypto, we will get a completely uncontrolled financial system in Russia. And this is not Bitcoin for the marginalized, it will be simple, reliable and uncontrolled. This is a threat to the security of the country […] All the drugs, the cash, the organ trade will go through the Pavel’s crypto, and he will say, ‘I have nothing to do with it, you should ban words, that’s what terrorists use.’”

The authenticity of the letter has been corroborated by three unnamed people including a federal official, a top manager at a telecom company, and an RBK correspondent from a near-government organization, according to RBK.

Antipkin himself told RBK when reached by mobile phone that he would not “give any comments and does not understand what [RBK is] talking about.”

The Telegram ban, which came into effect on April 16, has led to the blocking of almost 20 mln Google and Amazon Internet Protocol (IP) addresses in an attempt to prevent users from circumventing the block. However, the ban has not been successful in reaching its main goal – Durov has reported that Telegram has experienced no significant drops in user activity since the ban, as many users can instead rely on VPNs and proxies to continue using the messaging app.

On the other hand, many Russian businesses have reported losing service as their IP addresses were inadvertently blocked, including downtime reported by the website of the Federal Service Roskomnadzor, which was the regulator that ordered the ban in the first place.

Russia’s government has itself toyed with the idea of releasing their own cryptocurrency, the Crypto Ruble, which is now set to launch in mid-2019.