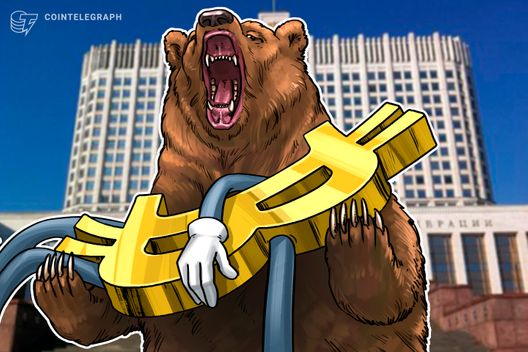 Russia’s prime minister called on the public to closely observe crypto markets, noting that the bear market in 2018 is not a reason to bury crypto.

Medvedev outlined the current crypto market situation as one of the main questions on the world community’s agenda, along with other challenges such as shifts in traditional markets, a rise in protectionism and social inequalities, and the speed and scope of global digital transformation.

Speaking at the annual international scientific conference on the economy, Russia’s prime minister and former president urged the public to closely observe the state of the crypto markets.

Pointing to the extraordinary volatility volumes in the past year, Medvedev argued that it is not a reason to “bury” cryptocurrencies, stressing that any social and economic phenomena has both a bright side and a dark side.

“But sure, it is not a reason to bury them [cryptocurrencies]. There is both a bright side and a dark side here, as well as in any social phenomena and any economic institution. We should monitor carefully what is going on in the space.”

Earlier this week, the head of Russia’s Committee on Financial Markets stated that the lower chamber of the Russian parliament is planning to discuss a draft bill on crypto regulation in January or February.

The Russian parliament first passed the crypto bill, “On Digital Financial Assets,” in the first reading in May 2018. Following reports on the lack of a number of key concepts such as crypto mining, the draft bill was sent back to the first reading stage.

However, in mid-December, deputy prime minister of Russia Maxim Akimov announced that the authors of the bill were not planning to make any significant changes.