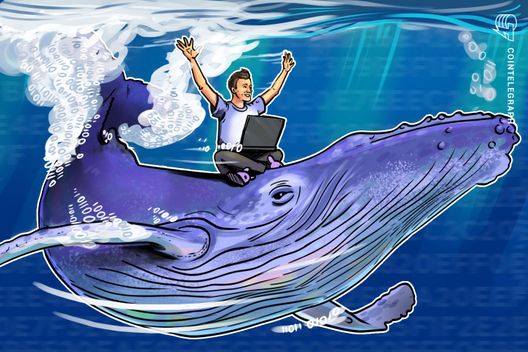 The project offers a solution to cover paid time off, health insurance and pension for self-employed and freelancers

In early 2018, a team of entrepreneurs in Singapore launched a startup called the Blue Whale Foundation, aiming to overcome the crucial problems of sharing economy, such as high commissions and no employment benefits for the self-employed. In the future, the Blue Whale platform could let any freelancer or small to medium enterprise (SME) scale their businesses and release their own token without giving up equity.

When an Uber-driver’s dream come true

In the early 2010s, the gig economy – also known as the sharing economy – boosted the rental markets, the short and long-distance rides markets, and the freelance markets. Behind this boom were platforms like Airbnb, Uber, Blah-blah-car, Freelancer.com, and numerous local copies of those platforms.

Since then, the euphoria has died down, and the army of self-employed workers and freelancers have had to come to terms with several crucial problems. These obstacles include high commissions at marketplaces, high marketing costs of using platforms such as Facebook and Google, and the total absence of employment benefits for those who are self-employed, such as paid leave or pension.

Blue Whale is based in Singapore with offices in San Francisco, Seoul and Zurich. It recently revealed its plans for building a decentralized ecosystem for the self-employed that will be able to solve their problems.

The project team is focused on creating a Decentralized Associated Network (DAN), a free marketing software enabling anyone to advertise for other services.

According to its white paper, Blue Whale is also working on developing a Reward Bank (ReBA) to allow freelancers and self-employed to get paid time off, health insurance and pensions. The ReBA will include a Blockchain based decentralized ledger that will ensure transparent distribution of BWX coins, reduce volatility and maintain growth.

Another feature that the startup team intends to unveil is the Contribution Activity Manager (CAM), which is a verification tool that allows users to get rewarded in BWX coins by passing a verification process. The transparent reward system will be maintained by smart contracts. CAM is intended to be used as an additional revenue source, where freelancers will be also rewarded for referrals and other actions.

For the love of the gig economy

Blue Whale Foundation representatives told Cointelegraph that the project is receiving strong support from the ICON team. The Blue Whale token sale is to become the first initial coin offering (ICO) on the ICON Blockchain.

Freelancers at Blue Whale’s platform will be able to use the BWX tokens for not only payment, but also to expand their business, says the project’s blog at Medium. “Furthermore, through decentralized M&A, a new business will have the chance to start a decentralized ICO themselves so that they can proactively seize, and even create, opportunities within the economy.”

Big partnerships with traditional businesses are to be announced in the coming weeks, said the company to Cointelegraph. Other projects with existing decentralized applications can also join Blue Whale Network to allow their freelancers and users to receive the benefits of the new platform.

As the Blue Whale team reported on Twitter, the project recently recruited a new advisor – Mai Gang (Mark Mai), Co-Founder of OKCoin and founder of VenturesLab. According to the project’s Facebook page, there are also other advisors attached to the project: Injong-Rhee from Google EIR; Marco Torregrossa, President of Euro Freelancers; and Simon Yu, CEO of Stormx.

On April 2, the project started a pre-sale, along with the private sale – both finished on April 15. According to the project landing page, the team has already raised SGD $25 mln. The public crowdfunding campaign opens in May 2018.The project also actively develops its Telegram community.