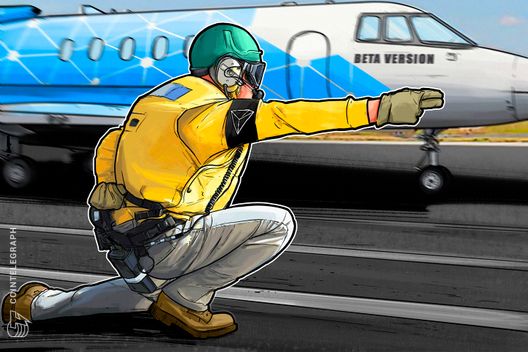 TRON has launched a beta version of its independent MainNet, beginning the token’s transition away from the Ethereum blockchain.

Altcoin TRON (TRX) launched a beta version of its independent public blockchain at 12 am UTC, today May 31, according to a press release shared with Cointelegraph. Tron is currently the tenth largest cryptocurrency by market capitalization.

The move to Tron’s MainNet – also dubbed Odyssey 2.0 – is part of a transition away from the Ethereum (ETH) blockchain, which currently underpins the cryptocurrency’s network. According to the press release, MainNet’s beta testing period will span most of June. The full launch of the network’s Genesis block is set to take place on June 25, styled ‘Independence Day’ by the TRON foundation.

Token ‘migration’ will take place between June 21 and June 24, during which investors will be able to exchange their ERC-20 standard tokens on crypto exchanges for an equivalent number of TRX on the new blockchain.

The move to an independent network will test TRON’s claims as a competitor to Ethereum in providing a basic-layer public blockchain platform that supports decentralized application (dApp) development. The new Java-based MainNet uses a Proof-of-Stake (PoS) consensus algorithm.

TRON’s developers claim their internal tests have shown that the network is “400 times faster” than Ethereum’s.

To this end, the TRON foundation is stressing “the shedding of its ECR-20 identity,” and has placed an emphasis on achieving scalability and decentralization in its press campaign. The team has scheduled a ‘Super Representative Election’ for June 26, in which TRON community members will vote on new policies governing the network.

TRON’s market price has not responded strongly in the short-term to the new developments. TRX is currently trading at $0.06, down 0.3 of a percent over the 24-hour period to press time, and down around 14 percent from $0.07 on the week.

The cryptocurrency has nonetheless succeeded to garner a market cap of almost $4 bln, provoking sharp criticism from Ethereum co-founder Vitalik Buterin, who referred to TRX’s pricing as an example of an overvaluation that was “far ahead of” its actual accomplishments.

Last week, news broke that TRON founder Justin Sun is reportedly in the process of acquiring BitTorrent Inc., the operator of uTorrent, notwithstanding prior disagreements surrounding alleged exclusivity infringements. As of press time, the acquisition has not been confirmed.