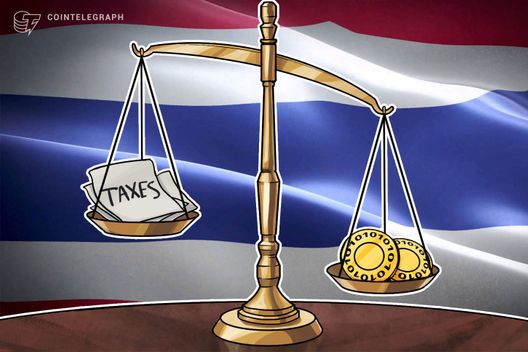 According to Thailand’s proposed crypto tax framework released in late March, the value added tax (VAT) for cryptocurrency trades would be 7 percent, while returns would be subject to a capital gains tax of 15 percent.

Bhumiratana expressed concern over the introduced crypto tax law’s treatment of tokens sold in Initial Coin Offerings (ICO). He stated that tax collection from ICO-issued tokens should be considered differently from digital assets in general “because digital tokens differ in terms of asset value.” The SEC consultant stated:

“It is hoped that the Finance Ministry and the Revenue Department will consider issuing another law to delay the implementation of digital asset tax.”

As reported by Bangkok Post, the introduction of the digital asset tax has provoked a strong negative reaction among local cryptocurrency business owners and enthusiasts, particularly among ICO issuers.

Thuntee Sukchotrat, CEO at JIBEX cryptocurrency exchange, explained that the rights of investors should be approached with “financial and investment literacy” to allow local startups to raise funds from the Thai market. Otherwise, according to Sukchotrat, Thailand “will lose good ICO transactions to other markets.”

Also in February, the central Bank of Thailand asked all banks in the country to stay away from cryptocurrency, advising the banks to ban customers from using credit and debit card to make crypto purchases, pending regulatory clarity. However, Thai Finance Minister Apisak Tantivorawong stated on Feb. 7 that the Thai government will not ban crypto trading, but will develop a crypto regulatory framework, as it is reportedly in the process of doing since last month.