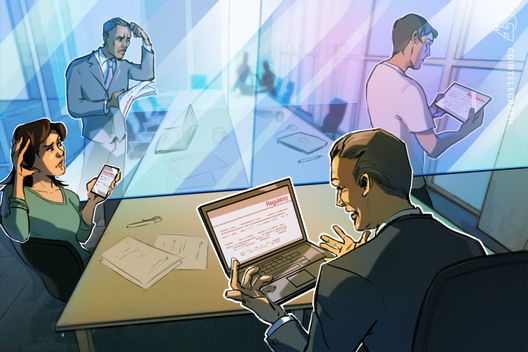 Thailand introduced a regulatory framework on crypto, but no one knows how to proceed.

On Sunday, May 13, Thailand joined a pool of countries that have introduced regulatory frameworks regarding cryptocurrencies. The 100 section law, published in the country’s Royal Gazette, defines cryptocurrencies as digital assets and digital tokens that fall under the regulatory jurisdiction of the Thai Security Exchange Commission (TSEC), making it the main policeman of crypto transactions in the country.

TSEC is in charge

Thailand’s government has been discussing the idea of a regulatory framework since last February, when Veerathai Santiprabhob, governor of the Central Bank of Thailand asked all banks in the country to halt all cryptocurrency affairs before the corresponding laws are introduced.

The chief concerns regarding crypto for the Thai government are typical for conservative politicians, although there has been a clear course towards regulations instead of a ban. Therefore in March, Deputy Prime Minister Wissanu Krea-ngam explained that the government needed to issue new laws to regulate cryptocurrencies and initial coin offerings (ICOs) because they could be used in the context of “money laundering, tax avoidance and crime”.

Finally, as reported by The Bangkok Post, Thai Finance Minister Apisak Tantivorawong echoed their statements as the law was finally introduced on May 13, saying that the new measures are not intended to prohibit cryptocurrencies or ICOs in the country.

That position reiterates that of the TSEC, which has been broadly supportive of ICOs, as long as they are regulated. As local media outlet Matichon states, under the new law, the TSEC will become responsible for regulating digital asset businesses, setting the fees and requirements for the registration of cryptocurrencies, issuing guidelines regarding potential problems and dealing with other areas related to crypto that have not been specified in the document.

The framework is on, but it’s not detailed enough

The royal decree has already come into force. That means that sellers of digital assets or tokens must register with the TSEC within 90 days, before Aug.14. Those who fail to comply risk facing a penalty of up to twice the value of the unauthorized digital transaction, or at least 500,000 baht – about $15,700. The harshest punishment for unauthorized sellers is a jail sentence of up to two years.

The Finance Ministry and the TSEC will now expand the framework – previously, it affected banks only – and require all local crypto exchanges, as well as independent crypto brokers and dealers, to register with relevant authorities.

However, the situation remains unclear, as local companies and exchanges are only preparing to register with the SEC. The regulatory framework isn’t exactly ready, either — according to the Bangkok Post, within the next month, the Finance Ministry and the SEC will work on organic laws requiring all digital asset transactions to be registered with relevant agencies.

J Ventures, a subsidiary of Jay Mart Plc which is listed on the Stock Exchange of Thailand (SET) and the first company in Thailand to launch a successful ICO, will meet with the SEC on Friday, May 18 to discuss the new regulations. Reportedly, the company has reviewed the new law and highlighted “4-5 sections” to clarify with the agency, “such as filing the white paper and a section about insider trading, which is a criminal offence”, said J Ventures CEO Thanawat Lertwattanarak.

“If digital coins are considered to be similar to stocks, I will not give any figure or say something that could be deemed insider trading,” Lertwattanarak said, adding that he wants JFin coins to be classified as securities to qualify for tax-free status.

Moreover, J Ventures will discuss the future of 100 mkn JFin tokens that have already been sold in the country’s first ICO, as well as the 200 mln tokens that could potentially be sold later. Lertwattanarak argues that while the state decided to regulate ICOs, there’s no specific agency that could navigate token issuers through new regulations:

“If the government has the legal authority to curb digital [fundraising], they should have an organisation to help trading — whether the country has an official digital exchange with high standards like the SET or Market for Alternative Investment or not”

As local media reported, the Bank of Thailand (BOT), the entity that previously prohibited other banks in the country from engaging in crypto activities, is also on the list of players awaiting more detailed regulations from the TSEC. Thus, the BOT reportedly says that it will wait for the TSEC to clarify its position on regulations before it will come up with its own stance on cryptocurrencies and ICOs.

According to the new law, all crypto trades are subject to a 7 percent value added tax, as well as a 15 percent capital gains tax on returns.

It seems that BX Thailand, the country’s largest crypto exchange, doesn’t quite understand how to comply with the new law either. In a comment for Asia Times, the exchange’s representatives said that while they are trying to inform their users about the capital gains tax, the taxation process still lacks clarity:

“BX is relentlessly working to allocate all the information about tax capital gains 15 percent to our customers. But in the meantime, we’re still waiting for the Revenue Department and related departments to clarify the procedure of taxation. According to the Royal Act, customers need to collect and allocate their income and capital gain tax [and send this] to the Revenue Department … as currently BX is the one responsible for withholding the 15 percent tax.”

Similarly, TDAX doesn’t plan to re-open its ICO Portal that was shut down in March amid the government’s comments regarding the introduction of a regulatory framework. The exchange awaits for additional details:

“At the moment, they just announced the law without the clear way of how to do things yet. We need to wait for the SEC to announce more details.”

The TSEC will deliver, although it might not fix everything

On May 15, the general secretary of the TSEC confirmed that his agency will introduce additional laws in a comment for Matichon. He also stated that the law won’t cover investments in digital tokens made abroad. However, that, along with the aforementioned 15 percent withholding tax, might potentially provoke local traders to move to foreign exchanges and store their cryptocurrencies overseas, as co-founder of local Bitcoin wallet coins.co.th and blockchain enthusiast Jirayut Srupsrisopa told Bangkok Post.

In April, before the taxes came into force, the TSEC and the Thai Fintech Association technology consultant Bhume Bhumiratana, along with members of the local crypto community, urged financial authorities to reconsider the country’s cryptocurrency tax framework, while the introduction of the digital asset tax provoked a strong negative reaction among local cryptocurrency business owners and enthusiasts.

Namely, he stated that tax collection from ICO issued tokens should be considered differently from digital assets in general “because digital tokens differ in terms of asset value”.

Another industry player, Thuntee Sukchotrat, CEO of the recently opened JIBEX cryptocurrency exchange, argued that the rights of investors should be approached with “financial and investment literacy” to allow local startups to raise funds from the Thai market. Otherwise, according to Sukchotrat, Thailand “will lose good ICO transactions to other markets.”