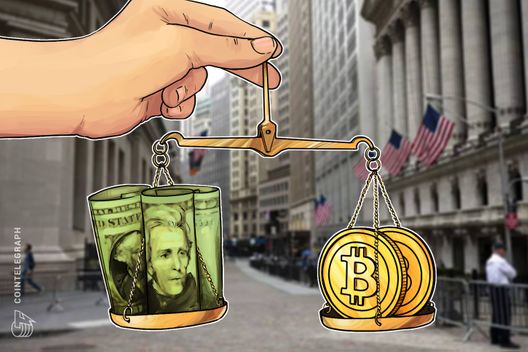 Market strategy and research firm Fundstrat has implemented BitPay to let users to pay for content in Bitcoin.

Fundstrat Global Advisors, market strategy and research provider, announced the firm will start accepting Bitcoin (BTC) for content via Bitpay, according to a press release shared with Cointelegraph July 31.

In what the company claims is a first for research firms, Fundstrat has added Bitcoin payments to its platform via payment operator BitPay, which processed more than $1 bln in Bitcoin payments in 2017.

According to the press release, the new feature will allow institutional investors, as well as financial advisors, high net worth individuals and other entities to use Bitcoin to purchase access to Fundstrat’s reports on different financial sectors.

According to BitPay’s Chief Commercial Officer Sonny Singh, the addition of Bitcoin as a payment method for Fundstrat will enable a global client base from Asia, Africa, and Latin America that “has been nearly impossible before” to access the firm’s content.

In July, BitPay was granted a BitLicense by New York State’s financial regulator, which allowed the global crypto payments operator to do business with customers in the state, enabling them to use Bitcoin and Bitcoin Cash (BCH) for purchases worldwide.

Fundstrat’s co-founder and head of research Tom Lee commented that accepting payments in BTC via BitPay would make the process “considerably simpler, faster and less expensive.”

In early July, Lee reiterated his stance that Bitcoin could reach to anywhere between $22,000 to $25,000 by the end of 2018, clarifying that his recent prediction is not a bearish setback from his previous forecast of $25,000. Earlier this summer, June 27, the Fundstrat’s Head of Technical Research predicted that the BTC downtrend that took place in June, would be reversed if Bitcoin could push through a resistance point of $6,300-6400.