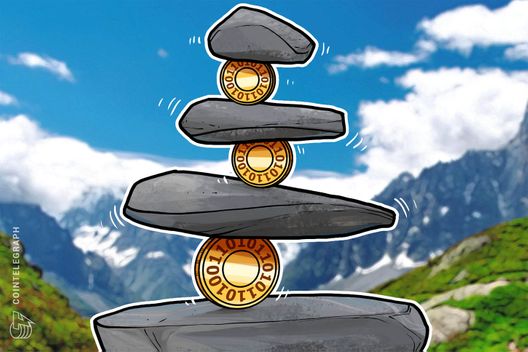 Although traditional markets are reporting one of the worst ever starts to the second quarter, the crypto markets show gradual upward movement.

The end of the first quarter of 2018 saw not only poor performances in the crypto market – which lost around 50 percent of total market cap – but also a poor second quarter start for the traditional markets, with the S&P 500 Index’s slump of 2.2 percent Monday, April 2 marking the lowest April start numbers since before the 1929 Great Depression, according to data from Bloomberg.

The crypto markets poor performance during the first quarter can arguably be attributed to increasing regulation of the crypto-related sphere, while the traditional markets weak start to the second quarter has more direct political actions causing the decline.

Bitcoin and Ethereum (ETH) reportedly had their worst first quarters in the history of the two cryptocurrencies, with BTC losing about 52 percent of its value since Jan. 1, and ETH around 48 percent.

At the second quarter’s start on April 2, BTC was trading for around $6,924 at the start of the day, and ETH for around $383. Total market cap is currently around $266 bln according to data from CoinMarketCap, slightly up from the April 2 start of around $258 bln.

The beginning of January saw the S&P 500 Index at around 2,695 points, while the market closed yesterday at about 2,614 points, up over 23 points, but with the Year-to-Date Return listed as a loss of a little over 2.2 percent.

The Dow Jones Industrial Average had experienced a significant drop of more than 1,100 points in early February 2018, which was its largest intraday drop since 2011. On April 2, the Dow Jones closed 459 points down, and was down as much as 758 points at one time during the first trading day of the second quarter, according to numbers from CNN Money.

Another possible contribution to the poor second quarter traditional market start is Trump’s criticism of Amazon on Twitter at the end of March, leading to the American retail giant’s stock falling 7 percent since the Trump’s critique began.

The Dow Jones closed yesterday, April 3, at around 24,033 points, up around 389 points, but down about 2.77 percent according to the listed Year-to-Date return, after trading around 24,824 in early January. The crypto markets are continuing to see a general slight increase since the Feb. 5 nosedive below $7000 for BTC – which had corresponded with the Dow Jones’ record setting intraday low.

And as the traditional markets reportedly brace for the next predicted drops due to China’s new tariffs and Trump’s continuing Amazon critiques, BTC remains above $7,000 and ETH is close to $400, both psychological price points for crypto traders, up slightly from the first day of Q2.