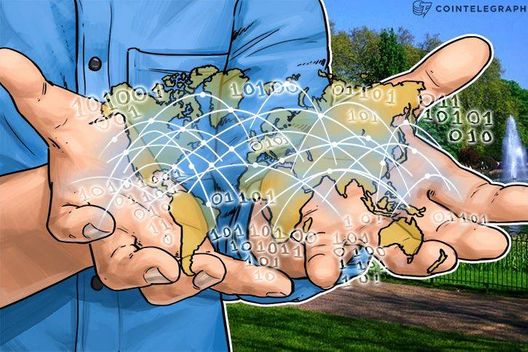 Twitter and Square CEO Jack Dorsey expressed enthusiasm and hope that cryptocurrencies will be adopted globally as a means of payment.

Twitter and Square Inc. CEO Jack Dorsey expressed optimism about cryptocurrency’s role in the future of payments, saying that “the internet deserves a native currency” and “it will have a native currency,” Bloomberg reports May 16.

At the Consensus conference on Wednesday, Dorsey shared crypto enthusiasts’ vision that virtual currencies are the future of a legitimate means of global payment. He said that he doesn’t know whether it will be Bitcoin (BTC), but “I hope it will be.” Dorsey said:

“This technology is a fundamental shift to our world and can have so many positive outcomes. We have to do the work to educate regulators and educate the SEC why this technology is important.”

Square, a developer of payment and financial services solutions, allowed merchants to accept BTC in 2014 and made BTC trading available for almost all users of its Cash App in February of this year.

Not everyone at Square shares Dorsey’s enthusiasm however. He said that “this was a pretty contentious move in the company,” adding that there are still debates and fights over the topic. According to Dorsey, some of the company’s board of directors are also resistant to the idea of cryptocurrency.

In the beginning of May, Square reported low profits from BTC trading in the first quarter, which only amounted to around $200,000. While BTC trading constituted a 5 percent overall revenue of $34.1 mln, the company spent $33.9 mln to purchase the tokens.

Dorsey’s recent speech reaffirms previous comments that Bitcoin will become the world’s “single currency” within a decade. He said:

Dorsey noted that, at the moment, Bitcoin is “slow and costly,” which makes it difficult to use as a medium of exchange. He added that “as more and more people have it, those things go away.”