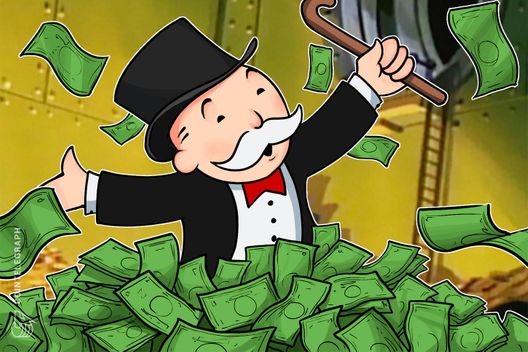 The US-based Blockchain project Basis (formerly known as Basecoin), which claims to provide a non-volatile cryptocurrency or stablecoin, has recently raised $133 mln in funding from big name investors, according to an official blog post published today, April 18.

Basis announced today that they had raised $133 mln in private placement from a slew of major venture capital players, including Bain Capital Ventures and Andreessen Horowitz.

Basis was launched in 2017 as a cryptocurrency startup that aims to provide a stablecoin by means of automated operations carried out by Blockchain-based “algorithmic central bank”.

Though Basis co-founder Nader Al-Naji told Techcrunch about his early Bitcoin (BTC) devotion, recalling how he began mining bitcoins on his college campus in 2012, Basis developers aim to make their coin antonymous to the scarce and highly-volatile Bitcoin. On their site the company claims “cryptocurrencies have been too volatile for mainstream use.”

The project’s developers declined to comment on the expected date of the cryptocurrency’s launch.

Basis is not the first company that has been focused on creating a stable cryptocurrency. Such project as CoinoUSD, NuBits,and Tether have attempted to develop a stable digital currency that is pegged to the US dollar.

In March, Cointelegraph reported that a group of financiers had raised $30 mln to create a fiat-pegged stablecoin called Saga. Earlier in January, Havven project was reported to launch the “world’s first” token sale for a decentralised stablecoin platform.

Andreessen Horowitz was also among high-profile VC investors to fund Blockchain securities platform Harbor, who yesterday, April 17, announced they had raised $28 mln in a funding round.