Venture capital fundraising for Blockchain companies is set to exceed that of last year, having already reached 40 percent of 2017’s numbers in just two months.

The amount of venture capital fundraising for Blockchain-based companies so far in 2018 has already reached more than 40 percent of last year’s total, according to a report released by Crunchbase News on Feb. 27.

Crunchbase News determined the companies to include in their data analysis by making a list of all organizations already categorized on their site as related to “Bitcoin,” “Ethereum,” “Blockchain,” “Cryptocurrency,” and “Virtual Currency,” as well as adding the key words “digital currency” and “utility token” to their search.

The list also includes all companies in Crunchbase data that have led Initial Coin Offerings (ICO) this year, bringing the total number of companies included in the analysis to around 2,900.

By looking at a graph of all of the venture investments this year in “Blockchain and Blockchain-Adjacent Startups,” excluding ICOs, Crunchbase found that the spikes and drops of Bitcoin’s price since Jan. 2018 had not prevented venture investment from steadily increasing. 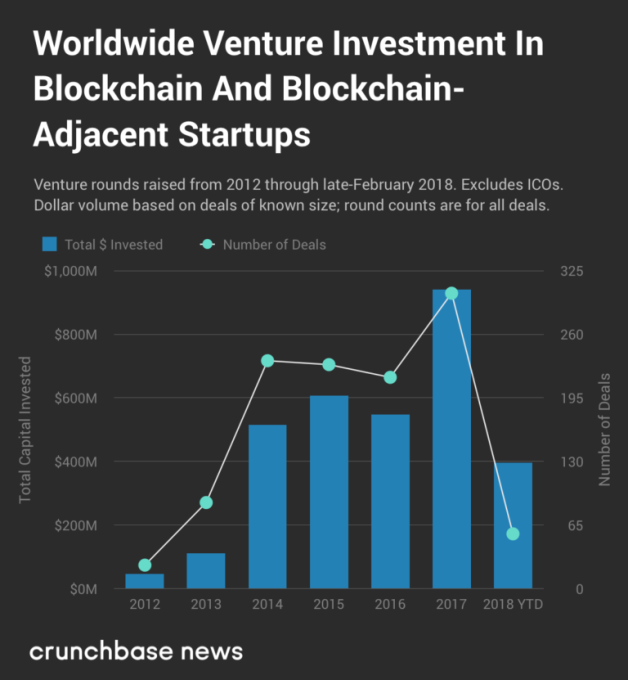 Crunchbase mentioned some of the largest venture rounds that have taken place this year with crypto wallet Ledger, Russian Blockchain-cargo tracking platform QUASA, and the Blockchain tech firm Harbor Platform. 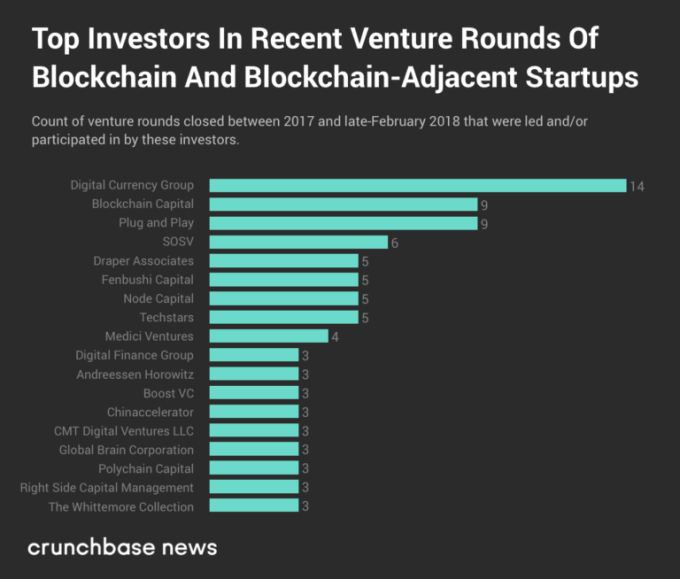 Crunchbase data showed that the countries that participated in venture fundraising for Blockchain and Blockchain-adjacent companies was concentrated to a handful, with the US in the lead and the United Kingdom, Singapore, and Switzerland as notable standouts. Cointelegraph recently published an Expert Take on how Switzerland is becoming a “crypto-nation” due to its financial authority’s “balanced approach” to handling ICO regulation, as well as Swiss tax laws making the country into an “unofficial” crypto tax haven.