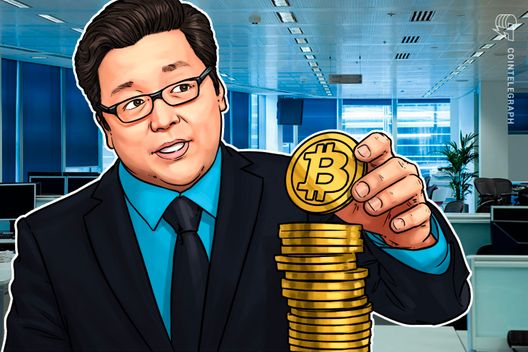 Speaking in a telephone interview on the network’s Futures Now segment, Lee, who is famously upbeat about the largest cryptocurrency’s future, said the firm was “confident” about the prediction.

“We still feel pretty confident that bitcoin is a great risk-reward and we think it could reach $25,000 by the end of the year,” he said.

Lee was speaking after Bitcoin markets experienced a sudden surge from about $6,800 to over $8000, having subsequently held onto those gains today, April 13.

As commentators and trading analysts spied the start of a potential bull run, Lee reiterated Bitcoin was “oversold.”

“It’s pretty much what you saw at the end of the 2014 bear market,” he continued.

In March 2018, as BTC/USD circled multi-month lows, Lee unveiled his so-called ‘Bitcoin Misery Index,’ a trading tip tool that he said shows when the time is right to buy Bitcoin en masse.

This week not only Lee, but also investment mogul Tim Draper has reconfirmed his belief in Bitcoin’s bigger and better future, telling the audience at his own Blockchain event Thursday that $250,000 was his BTC price target by 2022.