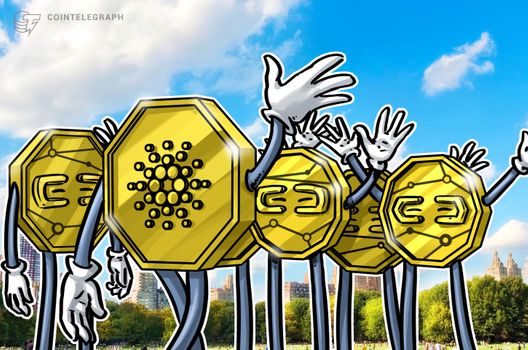 Cardano is the seventh largest cryptocurrency in terms of market capitalization. It has made a stellar comeback in the past few days on the back of its listing on the Huobi exchange and introduction of additional trading pairs on Binance exchange.

Traders also seem to be bullish on the fundamental front as many believe that it can become a major competitor to Ethereum.

What can the investors expect from here on?

After such a sharp decline, a ‘V’ shaped recovery is unlikely because traders who had purchased at higher levels and were watching their portfolio sink to a huge loss would bail out once their buy levels are reached.

Similarly, short-term traders, who have purchased near the lows will also book profits on rallies.

The start of a new uptrend can be confirmed only after the next decline towards the recent lows. A range bound action for a few weeks is also possible, which will be a positive sign. Longer the time spent in forming a base, larger will be the ensuing rally.

Let’s see how to use the levels above for trading.

The daily chart shows how the current pullback has stalled right at the 23.6 percent retracement levels. For the past seven days, Cardano has been consolidating near the overhead resistance without giving up much ground. This is a positive sign. We also like the bullish crossover of the moving averages.

We should see another attempt by the bulls to break out of the overhead resistance within the next few days. If they succeed, a rally to 0.00004541 will be on the cards.

If the break out fails, then most of the traders who have purchased at lower levels will book out of their positions resulting in a dip.

The 20-day EMA will be the first support. If this breaks, a decline to the 50-day SMA is also possible.

So, how should one trade it?

How to trade the ADA/BTC pair now?

Short-term traders, who have purchased at lower levels can hold their positions with a stop loss at 0.00003 levels.

Fresh positions by short-term traders should be only considered on a breakout and close (UTC) above 0.000035 levels with a close stop loss. Their first target is 0.000045.