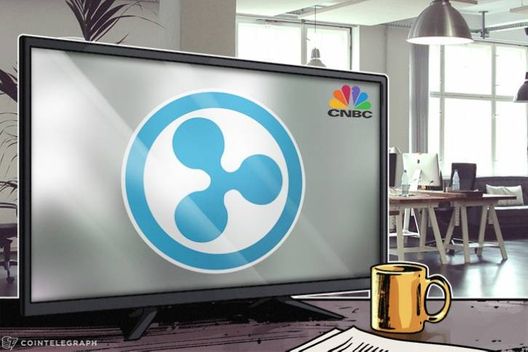 Corey Johnson, Ripple’s Chief Market Strategist, put suspicions to rest that XRP was not listed on Coinbase due to its status as a security.

Ripple Foundation’s chief market strategist Corey Johnson said that XRP is not a security in an interview, CNBC reports April 12.

Johnson told CNBC Wednesday that Ripple was not a security as to allay speculation that XRP had not been added to cryptocurrency exchange Coinbase due to questions over its status. Johnson said, “We absolutely are not a security. We don’t meet the standards for what a security is based on the history of court law.”

Coinbase and Ripple had discussed the possibility of adding its cryptocurrency XRP to the exchange, but according to Johnson, they did not broach the topic of XRP’s status with regulators. Johnson said:

“Coinbase never ever raised the issue of whether or not XRP is a security in our discussion about listing XRP. We’re 100 percent clear, it’s not a security. We don’t meet the standards.”

Coinbase also told CNBC that they did not discuss regulations with Ripple, and that their conversations revolved around more broad criteria for adding assets to the exchange.

Classification of digital assets either as securities, property, or currency is difficult in the US, as the government is yet to develop a clear regulatory structure. In an interview with Cointelegraph in March, CEO of Ripple Brad Garlinghouse said that Ripple has always strived to work with governments:

Yesterday, Ripple invested $25 mln worth of XRP into the Blockchain Capital Parallel IV LP venture fund. Ripple hopes the new investment will “provide an opportunity to examine new use cases for the XRP Ledger and Interledger Protocol.”